Even though we tend to draw to darker and more extreme genres, it’s not a big secret that we’re big fans of the post-rock genre.  This other day we discovered a band called Astralia from Barcelona, Spain. And being fans of both their genre and their place of origin, we decided to get a few words with their guitarist Roger Guzmán.

You obviously follow the tradition of post-rock by not having any vocals. As you have no lyrics, can you please say a little about what stories your songs tell?

Really good one, and tough… Perhaps I would say “feelings or emotions” rather than stories. For me (Roger), this is where the greatness of this genre lies. Instrumental music has the power to scratch in the deepest of your soul, free and blow your mind. Now, the song is not restricted anymore to a closed message or story. You can be carried along, depending on your mood or your feelings at that time. It’s kind of magic. I really enjoy when fans or friends tell us the way they feel the songs or the different things they imagine when listening, each different from the other. You can make the people dream. That’s wonderful.

Where do you draw inspiration for your work?

This question is intimately linked with the first one. I think that the three of us are really inspired by the nature, and I mean nature in every sense. Happiness and sadness, loneliness, the fresh breeze on a summer day, a sunset in the beach, looking at the stars in the mountain… It’s difficult to answer how to capture this into music, but somehow it happens. We try to write emotions in the form of music. At the end, everything is nothing but nature.

We try to write emotions in the form of music. 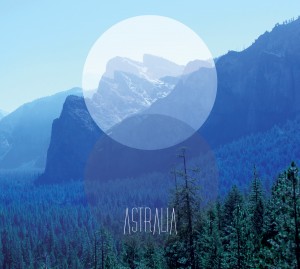 How is the post-rock scene in Barcelona, or in Spain in general?

Unlike the rest of Europe, where instrumental music is pretty consolidated, here people are not used to listen to music without lyrics. The genre is still growing, faster every day. Even so, several bands could get known in the scene (Toundra, Exxasens, Syberia…) playing in the finest European festivals. Besides, nowadays there are also people working hard to promote instrumental music by setting up dedicated festivals around the country. However, there is much work to do.

You’ve released an EP and an album. What can you tell us about the future of Astralia?

Hopefully touring, writing and recording. This summer we will tour around the north of Spain presenting our new album ATLAS. However, we want to cross the border and we will start planning a small european tour as soon as we finish this one.

We would definitely love to see Astralia on stage, so an European tour sounds great. If you’re into post-rock, you surely know what to do. Watch their video for ‘You Are Here’ or listen to their album ‘Atlas’ below: