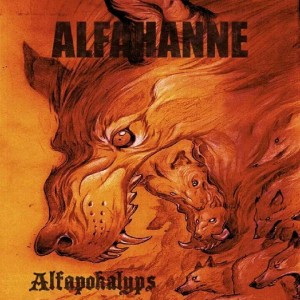 When Alfahanne released their debut black’n’roll album ‘Alfapokalyps’ in february 2014, they were pretty new to the scene, allthough some of the members have been active in the black metal movement since the early 90’s in bands like Vinterland and Maze of Torment. On this debut album as Alfahanne, they managed to get guest vocalists such as Hoest from Taake and Kvarforth from Shining. In fact, Alfahanne did a split with Shining last year.

Alfahanne says they play “…alfapocalyptic rock exclusively”. And their formula is black metal with a mix of classic rock, punk and some goth influence.