Idre is probably a new name for the most of you, at least it was for me. They released their first album on May 5th, 2014 through Dust House Records. Their two track album really has a special atmosphere, and even shows some true potential to become something even greater. You can stream the full album at the bottom of this article.

After listening to their album, I decided to hook up with Ryan Davis (guitar, vocals) and Nicholas Wojcik (drums) of this Oklahoma-based trio. 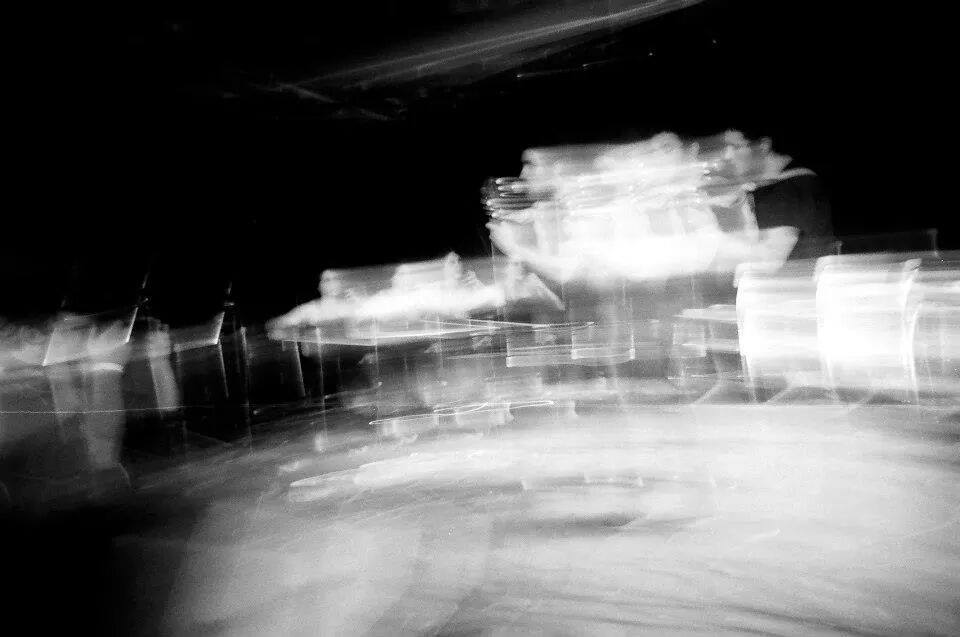 Give us a short introduction to the two tracks on your album. What stories does the songs tell, and does the album have a concept?

Ryan: I wrote “Factorie” over the course of two years or so, during which time I had a few experiences as a migrant laborer. The song itself was highly influenced by these experiences, particularly the multifaceted degradation that my coworkers and I experienced and the toll it all took on our bodies and minds. Though it clocks in at over 26 minutes, the song was initially much longer–it probably could have been a full-length release on its own, and was written for classical guitar, cello and vocals before our current lineup was together. It was also my first attempt to tell a fictional, though very personal, story through a song. When Andon joined on bass we ended up trimming it down.

I think the reason for it’s seemingly incorrect spelling was a desire to make the factory itself a proper noun and to give it agency as the malevolent entity I believe it to be.”Witch Trial” came about much more fluidly and was the first song that our band in it’s current form had all been a part of the writing process together on, and lyrically, is also a kind of Western style story that follows a protagonist.

Thematically and tonally speaking, feelings of anger, alienation, depression and anxiety, coupled with self-destruction and a generally shitty outlook surely play a decent role in the whole songwriting process.

Your music is quite dark and heavy. Where did you get the inspiration for it? Nick: “Dark and heavy” – thanks, we’ll take that as a compliment. On a basic level, Ryan is responsible for writing the guitar work on the album, which ultimately set the stage for everything else. Beyond that I can only speak for myself. As a drummer, I have a particular interest in dynamics and tonality, and I guess I do tend to stray towards the darker side of things when it comes to the ways in which I explore the drum kit. I listen to a lot of different kinds of music from across the globe, so naturally I do find myself drawing inspiration from other artists, but also equally from outside sources that carry their own sense of power and weight, such as the natural landscape, personal experiences, etc. At rehearsal, I’ll come up with something to compliment Andon and Ryan and test it out. We’ll all talk about it and figure out what works and what doesn’t. Again, we like to take our time. The end result is always something we all collectively feel good about and confident with.

Ryan: I feel as though “dark” comes fairly natural to me as a songwriter. I’ve never been one to listen much to or ever play “fun” music. There’s almost always some sense of melancholy or somberness present in the music I find myself relating to, whether it be as a listener or songwriter. Thematically and tonally speaking, feelings of anger, alienation, depression and anxiety, coupled with self-destruction and a generally shitty outlook surely play a decent role in the whole songwriting process. As far as heaviness is concerned, Nick and I are just a couple of metal heads.

When will we hear more from Idre, and what are your ambitions?

Nick: We have skeletons for 3 new songs we’ve been working on and they seem to pick up right where our debut album left off. We are all anxious about the new material, but we are not ones to rush the creative process either; we like to take our time, start with a framework and build, ironing out all the little nuances along the way. We’ve analyzed the self-titled record ad nauseum and discussed ways in which we’d like to take the next recording to bring forth something that shows that we are growing as a band, as a unit – we have no interest in rehashing the same record over and over. Our plan is to enter the studio before the year’s end, with live dates mixed in there as well. As far as live dates go, this past spring saw us playing a heavy number of regional shows, including some festival dates, so we would therefore like to shift gears and concentrate more on playing cities/states we’ve never been to. It would be great to eventually get to Europe and elsewhere…We certainly welcome any such opportunities that come our way…

We’re really looking forward to what the future brings for Idre, and hopefully you’ll be able to see them live somewhere nearby. Until then, you may check out their album below: