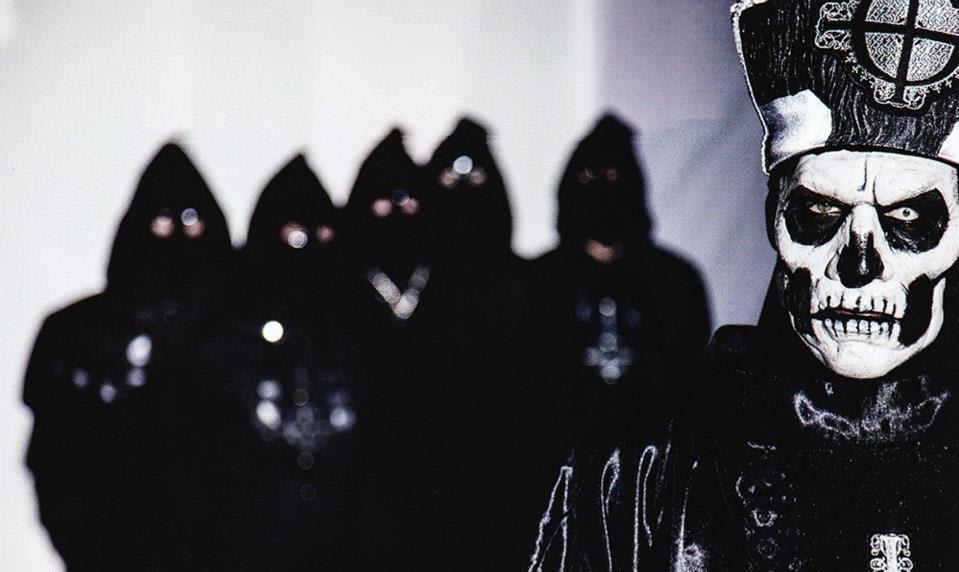 According to Metal Hammer, the famous Swedish occult rock band Ghost, are searching for a new vocalist. In a recent interview, one of their anonymous band members, a Nameless Ghoul, told Metal Hammer that Papa Emeritus II is ‘… a real asshole’, and that they are about to replace him. At the moment, nothing has been announced, but I would make a wild guess and say that the new vocalist might sound pretty close to his predecessors. Ghost: Papa Emeritus I and the Nameless Ghouls

In an interview with Kaaos TV, a Nameless Ghoul also confirmed that their new album is in the works. They have demo songs ready, and will be recording it in the fall of 2014. According to the Nameless Ghoul, they will take it to a different step, like they did from the first album ‘Opus Eponymous’ to their second album ‘Infestissumam’, and even a bit further. We can’t wait!