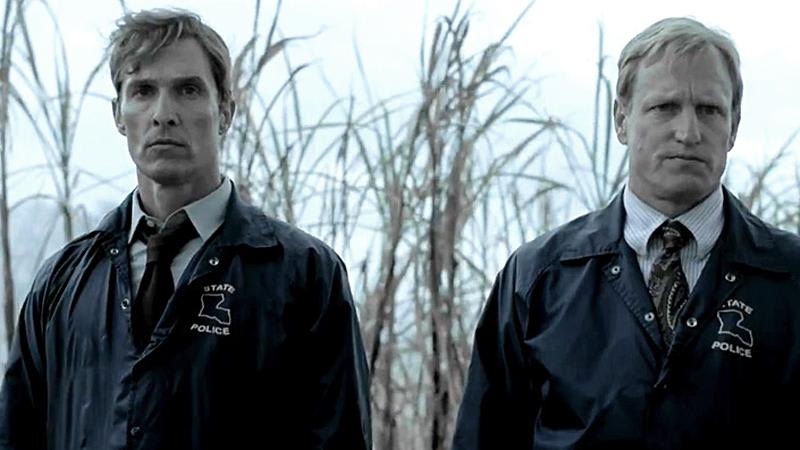 We were thrilled to hear that Woody Harrelson and Matthew McConaughey had been casted for this new HBO series. We didn’t really know what to expect back then, but we instantly knew that it would be great! True Detective is written and created by Nic Pizzolatto (The Killing). The finale of season one just aired, and we are really amazed by what we’ve seen.

The plot of the series does mainly take place in Louisiana, 2012. The two State Police Detectives Rust Cohle (McConaughey) and Martin Hart (Harrelson) are brought in to revisit a homicide case they worked in 1995, involving some bizarre ritualistic murder. This way the series jumps elegantly back in forth on the timeline, to reveal their back story, and the case they had been working on. The narrative structure of the series works perfectly in its way to tell the story. 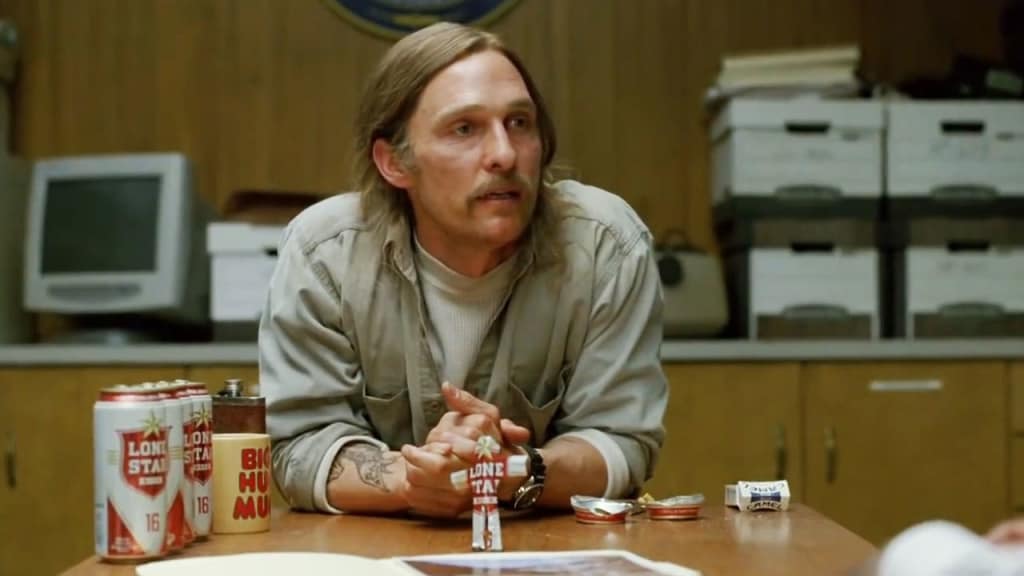 As mentioned, the plot is set in Lousiana, and I must say that the production crew has done a terrific job picking the scenery. The large fields, forested and sometimes industrial environment makes a perfect set for such a gloomy plot. The vast uninhabited desolated swamplands, except from some idiosyncratic white trash trailer park kinda places, leaves the viewer with a claustrophic, dismal and eere feeling. A feeling that is already set when the amazingly crafted vignette starts.

And rise with me forever across the silent sand,
And the stars will be your eyes and the wind will be my hands.
Handsome Family – Far From Any Road (lyrics)

Being a crime series, the most intriguing part is not the solving of the crimes themselves. The most interesting part is the relationship between two completely different personalities. Marty is an extroverted hypocrit of a christian with an almost primtive attitude, but at the same time it’s impossible not to get sympathy for him. Rust on the other hand is an introverted, almost annoyingly self-controlled nihilist, with an almost authistic view for details. Despite the differences, they fulfill each other perfectly as partners, and it’s impossible not to love both characters. They are a perfect example of the diversities we see in people in general, and it’s really quite an interesting journey from a social anthropological point of view. 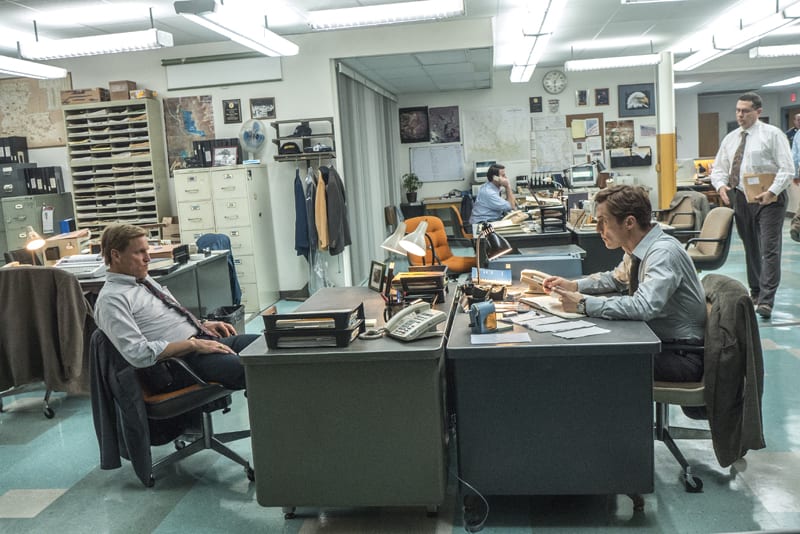 It’s hard to find something in a man who rejects people as much as you do.
Marty to Rust

I haven’t seen such an amazing series since last years Top of the Lake. Even though the latter doesn’t really reach the same level as True Detective, it kinda has the same gloominess and might appeal to the same audience. I feel that the psychological part plays a bit larger role in True Detective, and is probably what amazes me the most. The series is filled with heavy use of symbolism, making it fascinating to inpret their meanings. Probably needless to repeat how good this is. Just check it out. Now!