A few days ago I discovered a band playing grandiose instrumental post-rock/metal. The band was Audrey Fall from Latvia, a country which I didn’t associate with such music, until now.

– I think there’s still a lot of people that aren’t used to purely instrumental music without any vocals, so it might be a bit more challenging to appeal to that particular group of people. But for us going completely instrumental opened a lot of opportunities, vocals somehow restrict your style. We can experiment more and focus on various sounds, says Jurģis Narvils (guitarist, Audrey Fall). 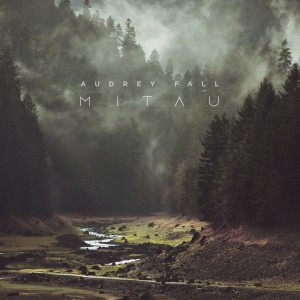 On January 14th, 2014, Audrey Fall released their first album entitled Mitau (actually means Jelgava in German) digitally, which has received a lot of attention lately. Jurģis of Audrey Fall, also mentioned that the album will be released as a physical CD digipak sometime next month.

For touring, he has this to say:

– We’ll be playing a couple of shows in our country, but there’s currently no bigger tour planned. We’ll see how everything goes.

Anyways, we can’t wait to be seeing Audrey Fall live, and will be keeping an eye out for them. You better do the same.

Also, remember to check out their video below, which the band actually made by themselves: