My friend, do your wounds hurt?
If they don’t, they would not be called wounds. When we heard that The Kistefos Museum were to host Marina Abramović’s first solo exhibition i Scandinavia, we knew we had to visit. We are after all proud co-founders of the Marina Abramović Institute in New York. Never been to Kistefos before, we were not sure what to expect, but when the first sight to greet us was an Elmgreen & Dragseth installation, we knew we would appreciate our stay. The large outdoor park is filled with contemporary sculptural art and installations, and so is the river besides the old wood pulp mill.

Abramović’s exhibition is called Entering the Other Side, and came to place when she visited The Kistefos Museum last year. Inspired by the hard lives of the workers at the mill, and relating it to her own childhood in former Yugoslavia, she created a sound installation specially for Kistefos with the themes life and death. It can be heard in every corner of the old, industrial mill, as if the walls were chanting. Walking through this retrospective exhibition, which contains some of Marina’s most famous works presented on video installations, photographs and sound, we really see how she have circled around the themes life, death and sexuality through her 40 year long career.

If you’re a fan, you have probably seen most of the artwork presented, but for those who are new to this fantastic artist, Entering the Other Side is a great way to get to know her work. Actually, most of the time she IS her work, presenting her mind, body and history to us, reminding us what it means to be human.

Entering the Other Side presents photographs of Lips of Thomas (1975) – a performance where Abramović drove her body and mind to the extreme, depicting the Yugoslavian people’s pain

We also got to see one of our personal favourites, The Balkan Baroque (1997). After the brutal war and ethnic cleansing on Balkan back in the early 1990’s, Marina drove it even further in depicting the pain of her people at the Venice Biennale in 1997. For five days she sat on a mountain of 1500 ox bones, washing them clean with a metal brush, continuously singing sad folk songs from her childhood. Some other of our favourites were also presented; Nude with Skeleton (2005), Carrying the Skeleton (2008) and Cleaning the Mirror I (1995). Being a magazine for ‘art in its blackest form’ we surely love how Marina uses skulls and skeletons as a powerful symbol in her work. In the first mentioned of her works, which is a performance, she is literally embracing death in a video. The only sound in the room is her calm breathing. In the second mentioned work, she is carrying the skeleton. Maybe it is a burden, but still we are fascinated by Marina’s ability to accept death as a companion in life. In Cleaning the Mirror I we sit in silence watching a video of her performance, which involves metodically cleaning a dirty skeleton – for 3 hours. 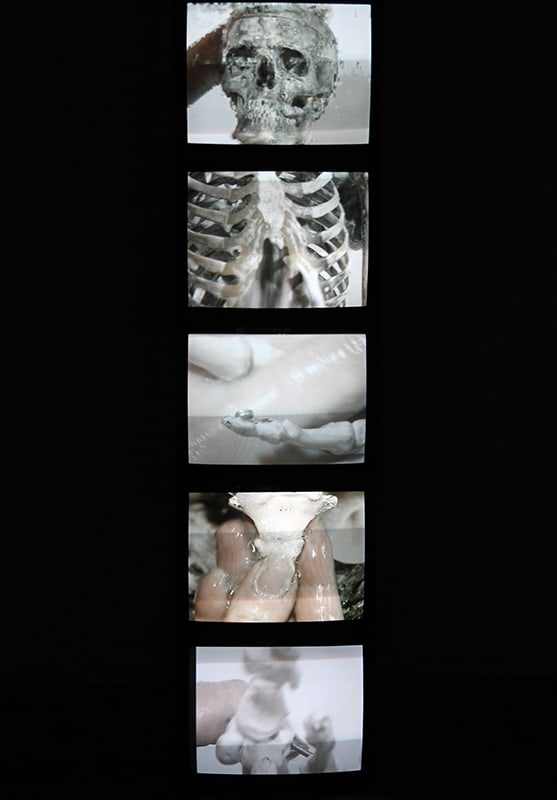 Cleaning the Mirror I (1995) video installation presented at Entering the Other side | Photo: Jan F. Lindsø, Black Forest Magazine

Marinas (in)famous screaming perfomances were also presented, both alone and with her ex-boyfriend and artist Ulay. One of the things we were really excited about, was to finally see the result of a big Norwegian performance Marina did last summer in Oslo. She and her film team gathered almost 300 citizens in Ekebergparken, Oslo, at the excact point we believe is Edvard Munch’s view when he felt Skrik/The Scream (1893). Then Marina thaught the participants to find their own scream, which is probably quite challenging, since we Norwegians are a tad quiet and modest people. But the result was emotional and really interesting. Old ones and your ones, women and men, artists and the girl next door. All presenting us with their scream. Wow. We highly recommend you to visit The Kistefos Museum in Jevnaker, Norway and their Marina Abramović exhibition Entering the Other Side this season. They’re open until October, and it is such a beautiful place hidden away on the Norwegian countryside, about one hour drive from Oslo. 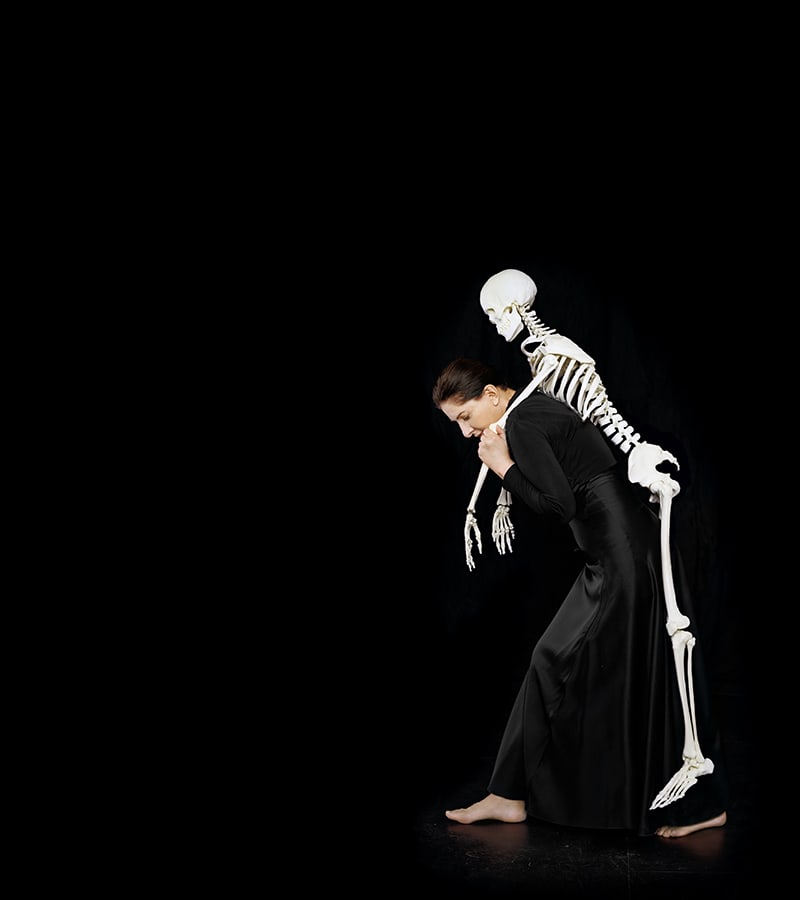