When we discovered the art of Jólan Van Der Wiel from Amsterdam in the Netherlands, we were simply amazed. His combination of art and science isn’t just fascinating, but even beautiful handcrafting. As his work tool, Jólan uses the gravitational force to create his art pieces.

In our fascination, we had to contact Jólan to learn more about his work. First of all we wanted to know where he got the ideas for his art:

– Departing from the idea that everything is influenced by gravity, a force with a strongly shaping effect, I intended to manipulate this natural phenomenon by exploiting its own power: magnetism.
My research was titled ‘Nothing is Something’. The aim was to explore and visualize what was always already there, but invisible to the human eye. In search of a means of visualization gravitation caught my attention; as an invisible but omnipresent power, gravity offers the possibility to manifest itself visually within the realm of the material. From the beginning of the project, I intended to take a step back and let the natural phenomenon itself determine the final shape of the object. My role as a designer should be nothing but a supporting one, determining only the conditions under which the object could take shape.

Until now we have only seen his method being used to create furniture-sized objects only, but we can’t help imagine larger scale sculptures being made. Jólan even confirms that this is something he’s already working on:

– My goal is to bring my techniques into many disciplines, we are working on architectural pieces right now.

We can’t wait to see what he comes up with next, and if you’re around Milano next week, Jólan can reveal that he will be there with a new project. For more information about his work and upcoming events, visit his website at jolanvanderwiel.com.

See a video of the making process: 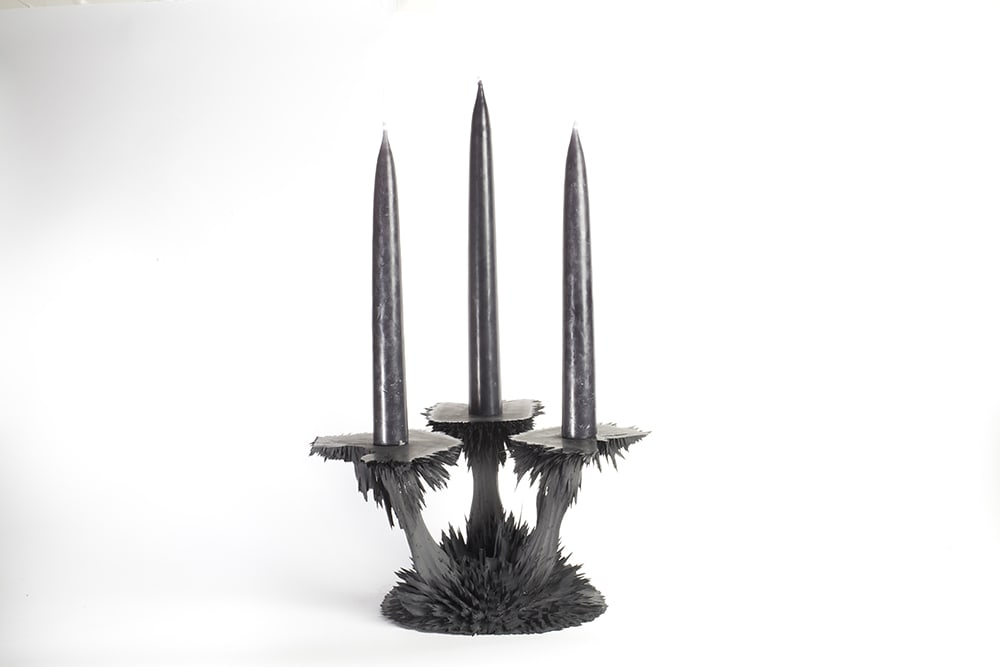