Being huge fans of both filmmaker David Lynch, and Swedish artist Lykke Li, we were overwhelmed, when we heard last year that they were making music together. The song was called ‘I’m Waiting Here’, and featured on Lynch’s second solo album ‘The Big Dream’ that was released in July 16, 2013.

She brought her own style to this song, which has a doo-wop sort of thing going on, but in a way it’s far-removed from the ’50s. This is Lykke Li’s song with Big Dean Hurley. She basically wrote and performed it in our studio in one day. It’s beautiful. 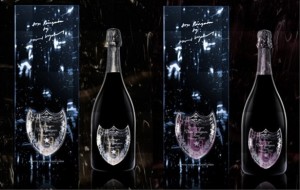 Being fans of both David Lynch and… yes, Champagne, it pleased us when we found out that David Lynch did a collaboration with famous vintage Champagne brand Dom Pérignon  in 2012. For most of you, surreal film director David Lynch, is probably most famous for his grand work like Twin Peaks, Eraserhead, Lost Highway, Blue Velvet, and Mulholland Dr. Apart from being a film director, and even a competent photographer, he has now also designed the label of a limited edition of Dom Pérignon. We’re excited!

And yeah, remember to check out filmmaker Luke Gilford’s surrealist portrait of the opening night party for the Champagne:

Some time ago we delivered the news that David Lynch would not be directing the Twin Peaks comeback in 2016.

But just now, David Lynch has tweeted this:

Dear Twitter Friends, the rumors are not what they seem ….. It is !!! Happening again. #TwinPeaks returns on @SHO_Network 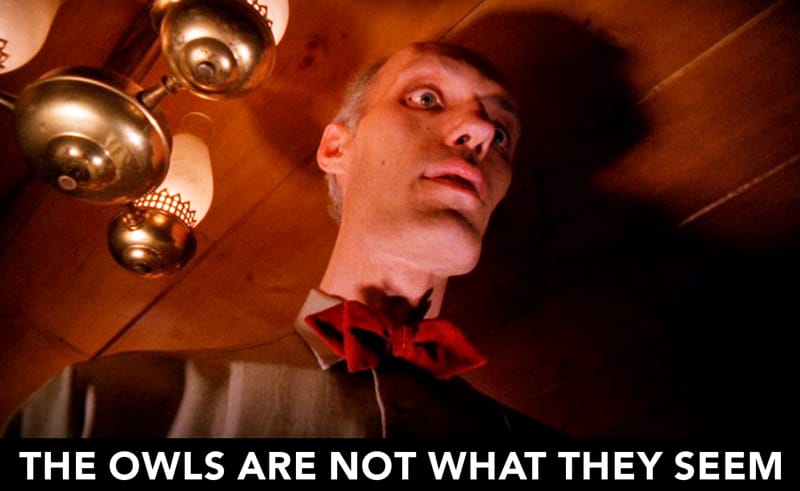 Earlier last year the Blu-ray box set Twin Peaks: The Entire Mystere was released. After hints and speculations, Showtime announced that Twin Peaks would be returning in 2016 with 9 new episodes.

This trailer was released with the announcement:

According to Rolling Stones, Lynch was planning to direct all the episodes. But now it seems like this won’t be happening after all. Today we got the devastating news, announced by David Lynch himself:

Dear Facebook Friends, Showtime did not pull the plug on Twin Peaks. After 1 year and 4 months of negotiations, I left because not enough money was offered to do the script the way I felt it needed to be done. This weekend I started to call actors to let them know I would not be directing. Twin Peaks may still be very much alive at Showtime. I love the world of Twin Peaks and wish things could have worked out differently.

Based on the announced it might seem that the show might go as planned, but without David Lynch, who actually is considered the mind behind the Twin Peaks universe.

I love the world of Twin Peaks and wish things could have worked out differently.

UPDATE: The actors of Twin Peaks has joined forces and created a video where they tell us what Twin Peaks without David Lynch is. You can see it below: